13 reasons why has a deep idea that was showed simple, at first it seems like it deals with a suicide case by answering to the question we've all asked in a way or another "why" well Hannah Baker gave us an answer from her own perspective, she made tapes explaining why she killed herself as she knew that people will be wondering. By the episodes the TV show turned to be more than a suicide case but many subject were brought in it.
I believe that none of the characters are innocent, except poor Clay, he didn't deserve to suffer like that, loosing two friends in a row, Hannah wasn't innocent either, those 13 reasons were hard but she never opened up to anyone, not even her parents, every kid should talk to his parents or at least her mother, nothing in the world would stop a mother from helping her daughter espacially a mother like hannah's. Hannah made a mistake, her life is not her own to take, she could have been stronger.
If you want something you ask for it not wait for the other to understand you from the look of your eyes, even Clay who was in love with her couldn't say that something was wrong with her cause she perfectly managed to look in control of her life.
The scene when she committed the suicide was kind of hard to watch, i personnally closed my eyes but i think that they showed that scene for a reason, to know how much suicide is bad and wrong, you can't just kill yourself, it's not that easy, it doesn't only effect your soul that leaves your body but effeects everyone you know, in the top your family, if you watched the show i'm sure you had tears in your eyes when hannah's mother opened the bathroom, how she didn't want to believe that it is happenening, that her child took her life without taking permission from her mother, the person she loved her the most, none of her friends, or wanted to be friends with, cried and got destroyed as her mother, we often look for love in somewhere else while it is so close to us, we're loved everyday by our family, our parents.
Enough of Hannah, let's talk about the 13 reasons; thise reasons are what happens everyday to some girls in the world. I like to look at the show from another angle, beyond all those scenes, beyond the suicide, hannah is just a symbol of many girls that were killed by society, hannah litteraly took her life but others are still walking but they are long dead, they're no longer who they used to be, so i like to see it this way, hannah baker didn't take her life but was an example of how people's behavious and words can kill a soul in her body, we are all reponsible of our actions cause it affects everyone around as, we should be more responsible and wise, we don't don't to turn each other into Hannah Baker, Clay Jenson, Jessica Davis or alex or any other character from the show, we don't don't want to be a reason, take more attention to you actions and instead of destroying try fixing, that's what i learnt from this dramatic TV show that didn't focus only on one event but many events that lead to a tragic end, let's make of our lives happy endings.

0 comments, Reply to this entry

1 month, 2 weeks ago
heartline added 1 item to look back list

1 month, 2 weeks ago
heartline added 2 items to she Rocks That Dress list

2 months, 2 weeks ago
heartline added 2 items to look back list

johanlefourbe
Posted: 3 years, 3 months ago at Feb 15 14:50
I'm currently working on a new project and maybe you could help me out.

You just need to click on the link underneath and provide your 10 favorite movies.

TrekMedic
Posted: 5 years, 1 month ago at Apr 20 4:47
Thanks for the Carey Mulligan pic votes.

Here are some lists, I made within the last months. I am interested in your opinions and your votes on them.

Thanks in advance, I owe you one.

TrekMedic
Posted: 7 years, 11 months ago at Jun 30 2:58
Thanks for participating in my Ask TrekMedic's 2014 Most Desirable list poll.

TrekMedic
Posted: 8 years ago at May 6 4:28
Thanks for the Yes, In Fact She IS Cute list vote.

TrekMedic
Posted: 8 years, 6 months ago at Nov 23 2:58
Thanks for the Jennifer Lawrence pic vote. 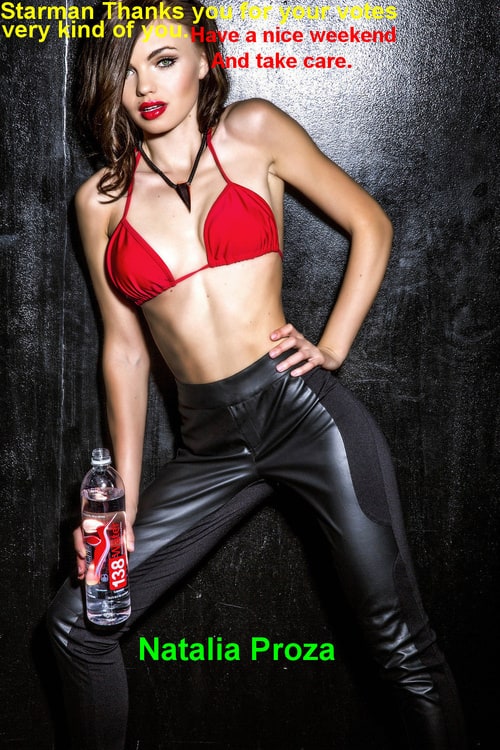 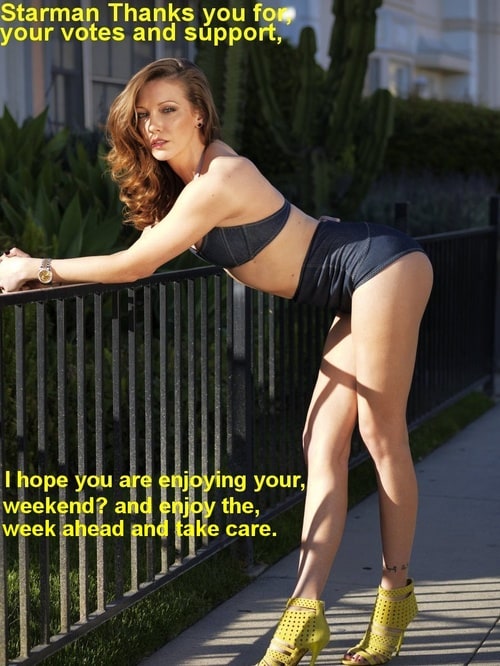 TrekMedic
Posted: 8 years, 7 months ago at Oct 6 3:10
Thanks for the Hayden Panettiere pic vote.

TrekMedic
Posted: 8 years, 8 months ago at Sep 28 0:38
Thanks for the Scarlett Johansson pic vote.

Picture of My profile at Listal